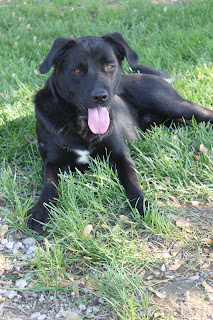 For some reason people like to “dump” animals that they either can’t take care of or for some reason don’t want anymore at and around farms. So, like any animal loving sucker we feed them. 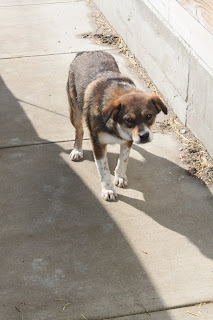 This little guy stuck around for a couple of days and once he got his belly full he disappeared. You learn not to get attached because they don’t normally stick around very long. 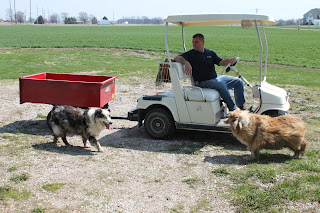 My farmer has had his two side kicks for over 10 years. They were very protective dogs and didn’t like strangers or other dogs. Until this guy showed up. 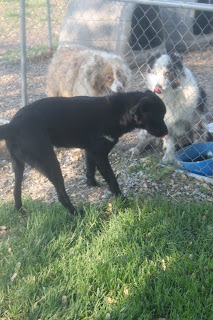 We couldn’t understand why they wouldn’t bark and make a big deal about him being around, this was new for us. He was so skinny and head shy when he first showed up so we didn’t know if he would stick around or not. But so far he has! 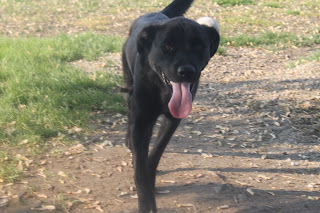 So, for three weeks we were a three dog household. Did I mention I am allergic to dogs!?!? The middle of the third week we lost our Macy and it all made sense. We were sent our new puppy to help us with the loss of one of our girls. It was a really tough day. 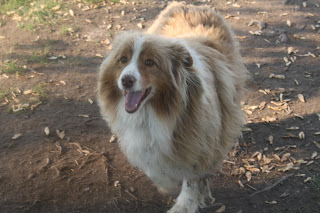 But, we are so glad to have our new puppy and another dog for our Lexi to play with. 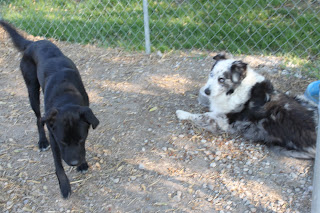 Things the new cowboy likes:
Other dogs – he is a social butterfly and has made it to every dog household in the “neighborhood” (we live in the country) to introduce himself!!
Water – he loves playing with water it is hilarious!! I hope to have a video soon to share with you!!
Balls – He loves playing ball but hasn’t figured out how to bring the ball pack! Lexi picks up the slack for him!!
The grill – he knows that the grill = yummy people food…we don’t usually feed our dogs people food… One night he helped himself… I couldn’t help but laugh because he has obviously done this before…
Things the new cowboy doesn’t like:
Gloves – I found this out while I was working in the flower beds.
The garage door – He totally freaks out when we shut it.
The invisible fence – we worked with him really hard on this and we finally decided to wait until we could get him to trust us more.
Anything that he thinks might be used to hit him – this makes me really mad! It is obvious that he has been hit before.
Yelling – If you raise your voice or do the “stern voice” thing he just runs away, far, far away…
So, I need your help!! What should his name be… and do you have any advise on working with dogs that have been abused? We need it!! He is a really sweet dog I can’t image someone hurting him!