The hardest thing I ever had to do didn’t involve anything physical. I remember vividly sitting on my couch.

It only took a minute but it took me months to get the courage to do it, in fact I basically ran out of time.

It all started at a work meeting. I was introduced to a girl about my age at a meeting. I didn’t think much about it. I went to a lot of meetings and I met a lot of people. This sounds bad but I didn’t need/want a new friend. I had plenty of friends and I didn’t have nearly enough time to spend with them.

Besides, I didn’t really think we had that much in common.  She had moved to Indiana recently from another country. Her family had a large dairy farm. Their way of dairying was a lot different than what I was raised around and what I was used to. I found out she lived two hours away from me. I was told she had been sick and was just now starting to get out and about and really wanted to be involved.

I didn’t think much about it until a month later when I saw her at another meeting. There were probably 40 people at the meeting but only three of us were women. That was pretty common at that time, in fact we joked that those meetings were the only time there wasn’t a line for the women’s restroom! In the last few years it has gotten better, more women are taking on leadership positions in agriculture and on farms. Which I believe is an awesome thing and will only continue to increase!

We made small talk and then she caught me off guard, she was always really good at that! She told me she lived close and invited me to come and tour her farm. I was totally not expecting her to do so but I love a good adventure, love touring dairy farms and thought “why not”, and besides at that time I could count it as work.

I remember pulling in and thinking, “holy cow!” Their farm was new and the barns were really big. They were milking about 2000 cows, I was dating my soon to be husband then and his family was milking around 500 cows which at that time I thought was a lot. It wasn’t at all like the farms I was used to, the ones that had been around for generations with old red barns and silos. I remember walking in to the office and being greeted by her family; her dad, mom, brother and husband all worked on the farm with her. They were SO nice and made me feel right at home. We toured the farm and I couldn’t believe how clean it was. I mean eat off the barn floor clean. It was obvious they took a lot of pride in their family farm and this girl knew what she was doing! 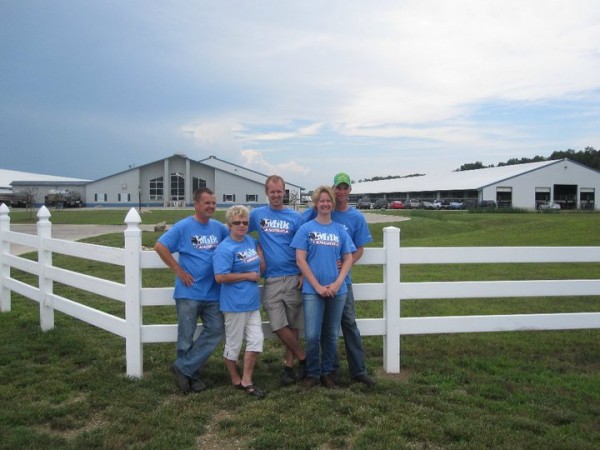 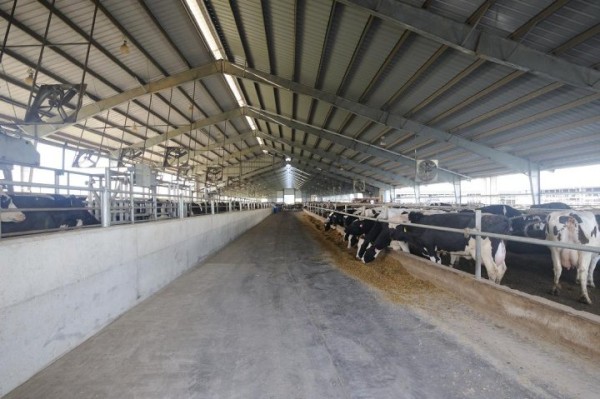 That’s all I remember from our first visit because I was totally wrong, we had a lot in common and from that point on it seemed like we had known each other for years!

I could tell you the story of why she and her family decided to come to America but it sounds so much better coming from her!

This post is part 1 of a 3-part series sponsored by Indiana’s Family of Farmers.